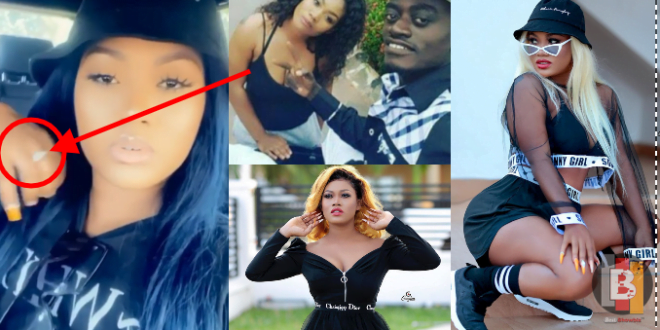 Sandra Ababio denies ever dating Lilwin in a new video

Sandra Ababio, a Kumawood actress, has denied dating her co-star Lil Win, dismissing any relationship rumors between the two.

Sandra debunked all the rumors in a new video spotted by Bestshowbiz.com, saying that Lil Win has nothing romantic to do with her.

Lil Win, according to the actress, just liked her for her acting ability and chose to help her with no strings attached.

Sandra claims that Lil Win has never made any such moves toward her, and she wonders why people leap to such conclusions.

Sandra expressed her willingness to swear with eggs and beverages when the presenter urged her to do so to prove a point.

Read Also  Tears Flow as Pictures of the 3 SHS boys who d!ed in a crash Yesterday surfaces online.

Similar to Lil Win, who has a wife and four children, the actress said that she had a partner.

When the rumors about her dating Lil Win first surfaced, she stated her boyfriend was not pleased.

He is, nevertheless, unconcerned since he is convinced that she has nothing to do with the actor.

Some Kumawood actors and actresses who pretended to know more spread the rumor that Sandra was dating Lil Win.

When comedian Funny Face had a dispute with the actor a few years ago, he mentioned it.

When Funny Face attacked Lil Win, Sandra defended him, giving the impression that they were dating.

below is the video of her interview;