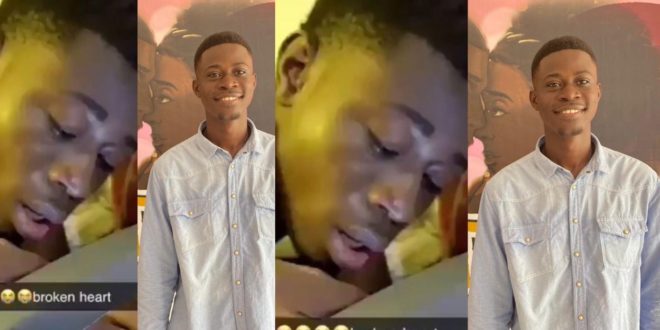 KNUST, Sammy has never given up on love as he joins Date Rush

Popular KNUST student Sammy who got his first broken heart from a lady called Nana Ama has never given up on love.

Sammy is currently trending on various social blogging platforms as he embarks on a new journey in search of love.

it could be called that the whole Nation woke up to find the later in tears and almost killed himself after his former girlfriend Nana Ama broke his heart.

he became the talk of the town as counselors and other people came in to advise him as a broken heart is not the end of the world.

yes! a broken heart is not the end of the world as Sammy has never given up on love as he joins Date Rush on TV3.

Sammy as he went for the audition was picked out of over 200 people to join in and search for a life partner on the Show.

indeed!  ‘the past is not the present‘ ampa…lol

“The Past is not the present” #DateRush