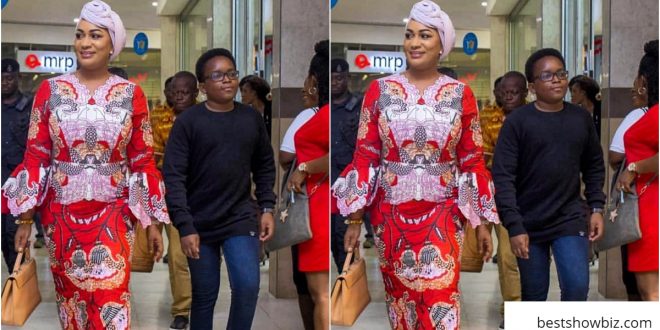 Samira Bawumia steps out with her son

Ghana’s second lady, Samira Bawumia and her son Abdul is gathering all the attention on social media after the two stepped out together.

pictures of them have gone viral and it saw them looking sharp as they took a walk in an open space. from the look at the picture, it is clear that the two did not intend to take the picture but the attention they gather, people took them their phones.

however, It is unknown where the photo was taken or which event they were attending. Mrs. Baumia, who is the wife of Vice President Dr. Mahamudu Bawumia, has two kids with her husband, Abdul, and Nadia.

see the adorable picture below: