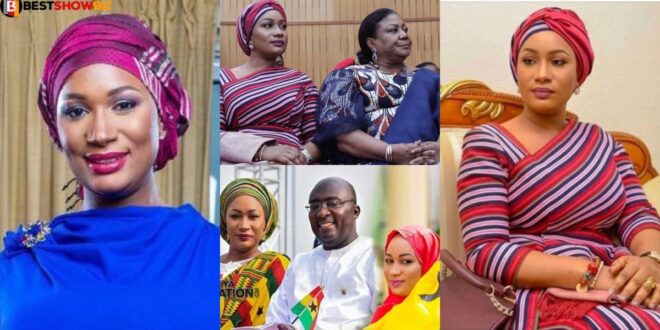 Samira Bawmia also rejects the huge salary approved by the government to be paid to her.

Samira Bawumia, the country’s Second Lady, has also rejected the additional emoluments passed by Parliament, sparking a fierce debate in the country.

She has also agreed to return to the state all of the money she has received as allowances since 2017.

This was said in a statement dated July 13, 2021, signed by Kwame Twum, Senior Aide to the Second Lady.

“The Second Lady, H.E. Samira Bawumia in consultation with H.E. The Vice President, will refund all allowances paid to her since 2017 and will not accept any monies allocated to her pursuant to the recommendations of the Prof. Yaa Ntiamoa-Baidu led committee, as approved by Parliament on 6th January 2021.

“Mrs Bawumia continues to be committed to the service of the nation; to deliver humanitarian interventions and initiatives in the areas of health, education and economic empowerment,” the statement said.

This comes a day after Mrs. Rebecca Akufo-Addo, the First Lady, refused the emoluments allotted to her.

The First Lady has also committed to return the GHS899,097.84 she got from the Ghanaian government between 2017 till date.

Ghanaians were even more outraged when it was revealed that the First and Second Ladies will be paid the same as cabinet ministers.

The five-member Professor Yaa Ntiamoa-Baidu committee was appointed by President Nana Akufo-Addo in June 2019 to give recommendations on the salaries and other benefits of Article 71 officeholders.