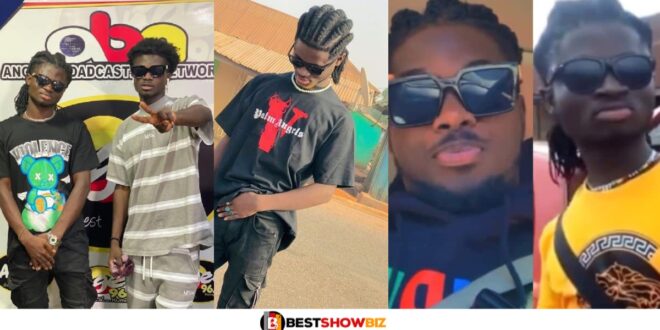 A new look-alike of artist Kuami Eugene has appeared on the internet, after the appearance of several other lookalikes.

When it comes to hairstyle, height, body stature, attire, posture, and even his mannerisms (as seen on the rockstar), this one, in particular, bears a strong similarity to the celebrity.

Kuami Eugene’s impersonator stood with his head lowered, and if one were not careful, one would mistake him for the musician himself.

See the image below: