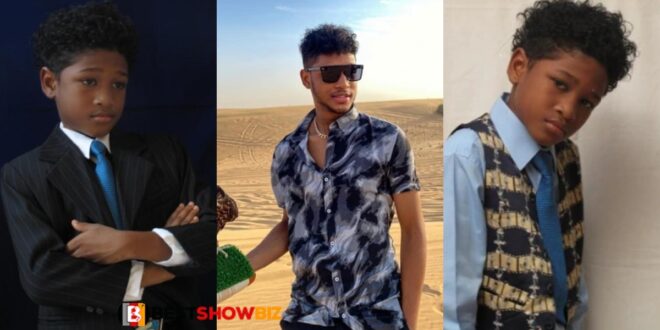 Some young superstars across the world have begun to stray from their original goals. Few people are able to hang on to their popularity and develop with it while remaining modest.

We have young superstars like Maame Serwaa, Yaa Jackson, Raygan Jackson, and many more who began performing at an early age and have maintained their famous status to this day. Actor Rahim Banda can not be left out.

Rahim Banda is a young actor and ambassador who works in the entertainment industry.

Many people were delighted and astonished when the mantle was bestowed on such a young and active gentleman.

After finishing his secondary school studies, he was offered the position.

In recent photos, it appears that the young innocent boy who used to perform in movies has grown a beard and is now appearing completely mature and more attractive.

below are his throwback and current photos;