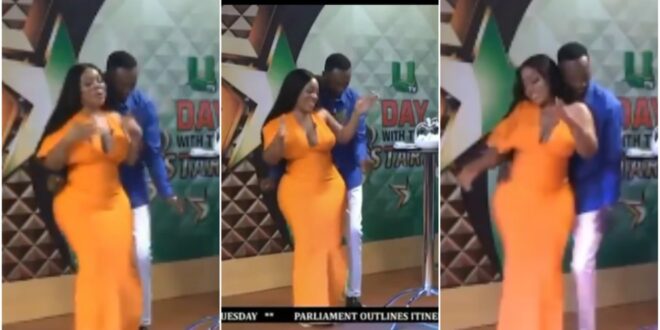 Renowned Ghaiana actor Salinko didn’t miss out on the chance at all when he met actress Moesha Boduong on UTV.

the two actors were spotted on UTV yesterday, during their ‘UTV’s Day With The Stars’.

after making viewers of the show so excited, a song was played for them to dance and that was where Salinko never mind being married.

Salinko in the video as we spotted from the show was seen busily grinding Moesha’s fake butt like there is no tomorrow…lol.