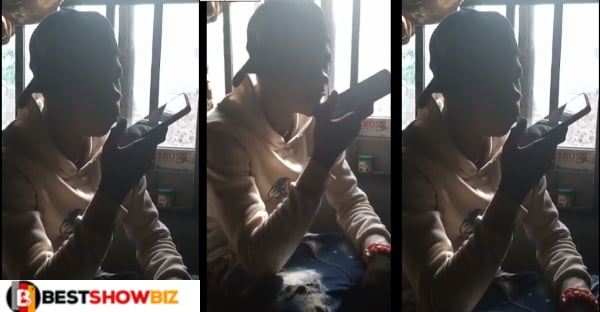 An online fraudster known locally as Yahoo boy was caught on camera cursing a white woman when his plot to defraud her failed.

The frustrated fraudster is shown becoming agitated when the woman declined to invest in his firm, which he claimed to have established.

Despite referring to her as “love,” the Yahoo boy appeared frustrated in the video as he spoke to his possible victim.

According to his chat, he told the woman about investing in his firm, and when she refused, he insulted and cursed her.

He claimed that if the white woman does not pay the company, she will never experience wonderful things in her life, yet despite all of this, he still calls her ‘Love.’