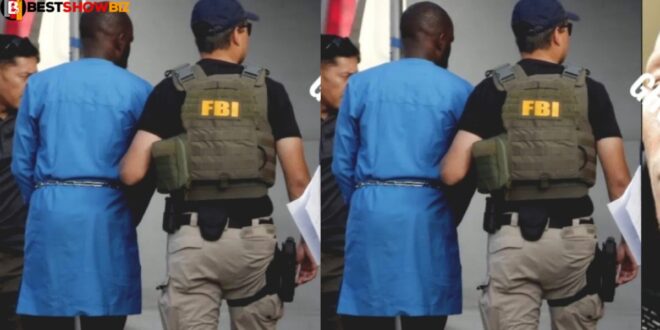 The Department of Justice in the United States of America has published a report on how a Ghanaian conned an American widow into falling for an online romance scam.

The Sakawa online scam, which is well-known in Ghana, involved a 38-year-old Ghanaian man named Richard Yaw Dorpe defrauding a 68-year-old American widow through the use of social media.

The following are the details of how they published the story.

“A Ghanaian national was sentenced on Friday to 40 months in prison for wire fraud, which was committed as part of a plot to deceive victims on a dating website.

“Through a variety of deceptive tactics, the defendant repeatedly and shamelessly cheated a recently widowed victim, leaving her in financial ruin,” said Raj Parekh, Acting United States Attorney for the Eastern District of Virginia.

The notification of these frauds to law enforcement, as demonstrated in this case, aids in the investigation of fraud schemes and the prosecution of scammers such as this defendant.

Richard Yaw Dorpe, 38, posed as a single 57-year-old man from Virginia Beach on “OurTime,” an online dating website for adults over the age of 50, according to court filings. Dorpe pretended to be a jeweler who was on a business trip abroad, purchasing gold and other items before returning to his home base in Virginia Beach. E.F., a 68-year-old recently widowed Chesapeake woman, was Dorpe’s first victim. They connected on the website and began an online romantic relationship. Between August 2016 and January 2017, Dorpe successfully persuaded E.F. to send him clothes, jewelry, a computer, a watch, and more than $300,000 in exchange for his amorous intrigues and deception. E.F. eventually discovered she had been a victim of a fraud, and the FBI was contacted.”

In January, Ghana granted the United States’ extradition request, and the FBI transported Dorpe to the Eastern District of Virginia to stand trial on the accusations against him. In May, Dorpe entered a guilty plea to wire fraud.”