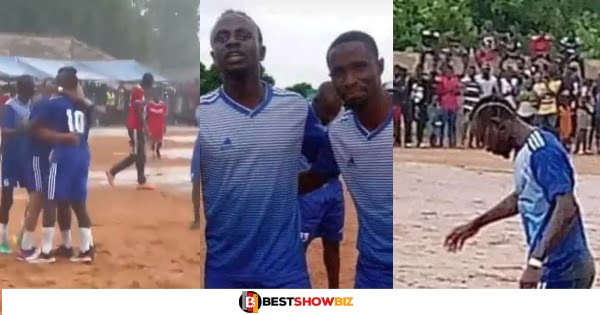 Sadio Mane, Liverpool’s prolific striker, took part in a community football tournament in his village on a muddy pitch during heavy rain.

Sadio Mane has returned to Senegal following the end of the European football season, and is now based in Bambali, rather than Dakar, his hometown.

He went out yesterday to play community football on a muddy field with the locals.

Even the rain couldn’t stop him from having fun with his Bambali neighbors.

The Senegalese international has been a nice and modest servant of his people since becoming a world football legend.

He is reported to have contributed to the development of a community hospital and school.

He gives money to the indigenous people without breaking a sweat.