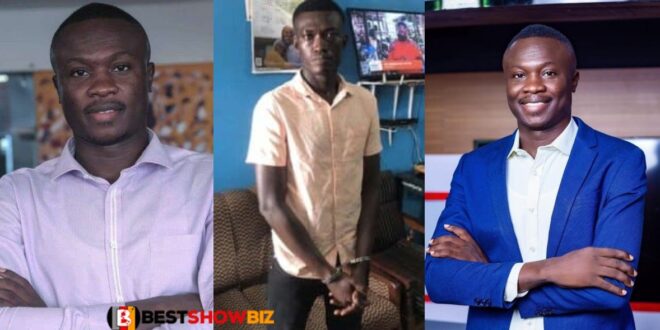 Saddick Adams, aka Sports Obama, has revealed his knowledge of Richard Appiah, the man behind the Abesim Murder.

A sports writer who lived at Abesim, Sunyani for years believes Richard Appiah is the antithesis of a terrible guy.

Richard Appiah appealed with Saddick Adams to find him a team when they last met in Sunyani near Sam Bennett Hardware.

According to him, the former Kum Apem star was quite humble in his request for a new team.

“The most astonishing part of this whole Abesim killing is the fact that, Fire man, the guy at the center of it, is so calm, gentle and seems like the last person you’d ever suspect. The last time we encountered me around Sam Bennett Hardwarein Sunyani, he requested I look for a team for him. His hands were at his back. His head always down. What might have come over this young man?I stayed in Abesim for years. Fire was not one of the guys you’d meet at night and even be scared.It is shocking. I still can’t believe. The revelations coming out after the latest police visit to the house today is chilling. This world is totally crazy”