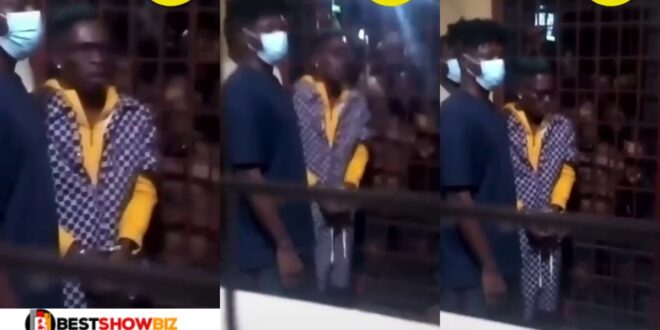 Shatta Wale’s stay in prison is not going as planned, as evidenced by a video that has surfaced.

In a recent video, Wale can be seen in a small holding cell surrounded by many other convicts who are hooting at him.

Wale may be seen in the background appearing very nervous and unsteady as he continues to spend time in jail.

The dancehall king is being held by police and will be held on remand for the next few days until his next court hearing.

The renowned dancehall king’s time in prison is not going as smoothly as he had hoped.