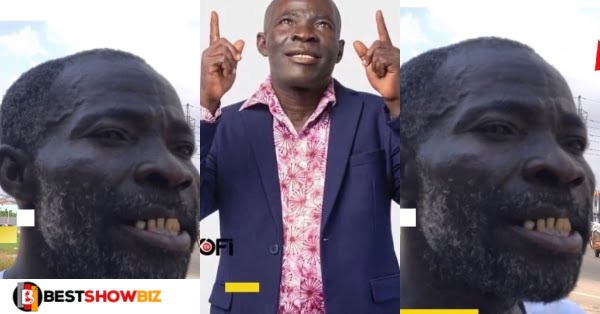 A viral video shows a moment when popular madman Mona Mobl3 was spotted back on the street, begging for money from passers-by.

It is worth recalling that journalist Kofi Adomah rescued him from the streets and had him shaved, after which he was admitted to a psychiatric hospital to recover.

In the most recent update, Mona Mobl3 has been spotted roaming the streets of Accra, revealing that he is now returning to his former ways in order to make some money.

Speaking to a blogger, he revealed that she is now staying with her brother near Dansoman but comes out during the day to make some money.

Read Also  Your time has passed, stop being jealous of me - Lilwin shades Kwaku Manu - Video

According to him, he was walking from Dansoman to Kaneshie when the blogger noticed him.

When asked why he wouldn’t take a car to his destination, he explained that he would get to Kaneshie much faster if he did.