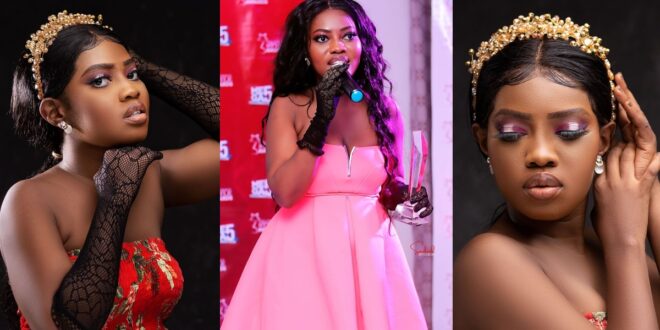 Vida Ekumah, a stunning student at the University of Cape Coast, is reportedly trending on social media after tragically passing away just days after winning makeup artist of the year.

Vida is the CEO of Vivi’s Glossy Makeover, and according to her Instagram posts, she was nominated by Style Choice Awards in the category of “Stylist Makeup Student Artist of the Year,” which she won.

Her most recent post was on March 9th, where she was seen flaunting the plagues she received at the festival.

Vida, sadly, got ill and was taken to the hospital, according to reports from her close relatives. She was later returned to her hostel, where she died.

It is uncertain what she was sick of, but it hurts many people’s hearts that such a beautiful, lively soul will only pass away.

below are some of her photos;