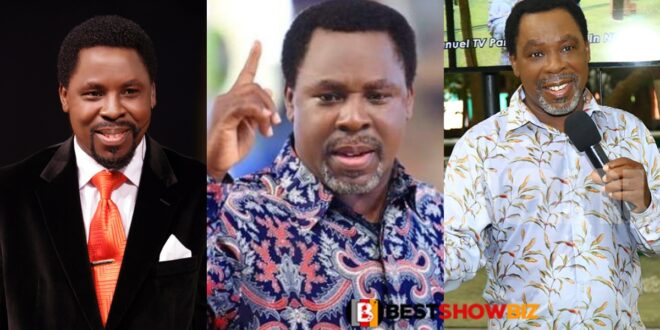 TB Joshua was the leader and founder of The Synagogue, Church of All Nations. according to reports, he died yesterday, 5th June 2021 after church service.

TB Joshua died at the age of 57. the confirmation of his dead was announced on his official Facebook platform;

“God has taken His servant Prophet TB Joshua home – as it should be by divine will. His last moments on earth were spent in the service of God. This is what he was born for, lived for and died for.“