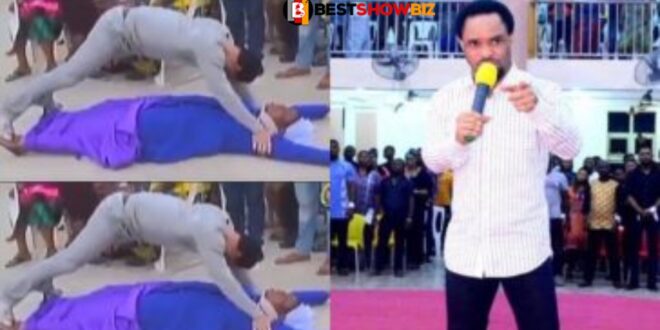 SAD: Nigerian pastor sentenced to life imprisonment for death of woman who came to him for miracle

Olakanye Oni, a Nigerian prophet, was sentenced to life in jail for the killing of a lady named Gbadamosi Omowale by the Ekiti State High Court in Ado Ekiti, presided over by Justice A.A. Adesodun.

According to the Guardian, the prisoner invited the deceased from Lagos to Ado Ekiti in March 2017 under the guise that he had a cure for her infertility.

The prisoner mesmerized the victim and enticed her into his apartment when he arrived at his church, Palace of Mercy, Mathew Street, Odo Ado Area, Ado Ekiti.

He then raped her while spreading a white cloth over her.

“The convict cleaned the victim’s private parts with a white handkerchief and inserted a substance believed to be potash into her vagina.”

He also stole the victim’s money, which amounted to 2,000 Naira.

The prosecution summoned six witnesses to establish the charge, while the defense, led by Chris Omokhafe, brought the prisoner and one other individual as witnesses, according to the Guardian.