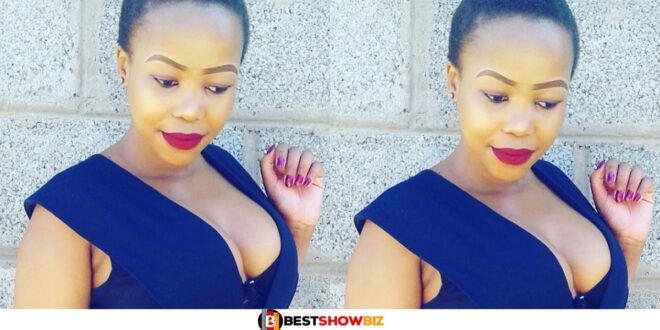 sad news on Christmas Day: Lady dr!nks poison, k!lling herself after her boyfriend broke up with her.

In a viral video, a lady named Jennifer is seen lying down practically dead after ingesting poison as a result of heartbreak from her boyfriend.

The lady in the video was seen lying down on her bed with foam flowing out of her mouth, while the bottle from which she took the poison was also lying beside her.

Friends and family members who came across what happened hurried her to the hospital just as she passed out.

According to the video, one female voice begs her not to end her life.