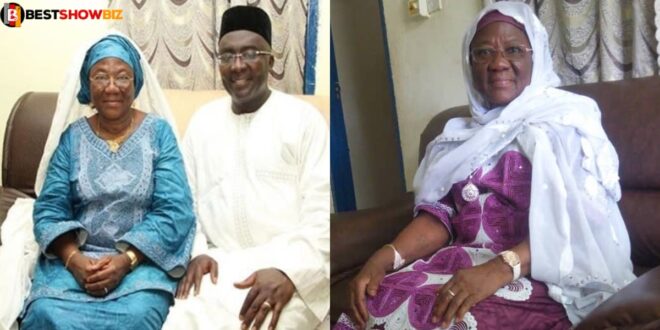 Hajia Mariama Bawumia, the mother of Ghana’s Vice President Dr. Mahamudu Bawumia, has died, according to bestshowbiz, which confirmed her death.

The woman is believed to have died at a health institution in Accra where she had been admitted for treatment after being ill for an extended period of time, according to news reports.

The Vice President’s mother, who is eighty-one (81) years old, is a native of Kpasenkpe, which is located in the West Mamprusi Municipality of the North East Region.

She was one of the first female students from the Northern Region to be accepted into the famous Wesley Girls High School in Cape Coast, which is located in the Central Region.