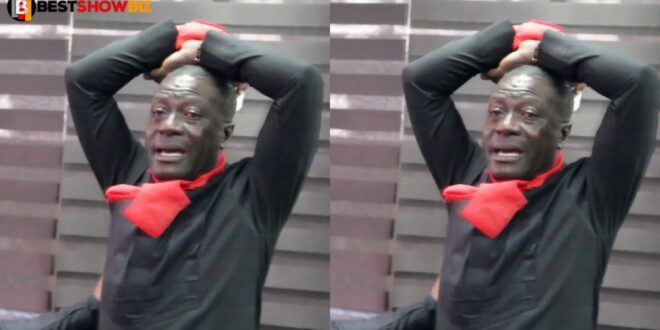 Things have not gone well for him since Captain Smart left the Multimedia Group Ghana to join Onua TV and FM.

His transfer to Onua TV came just a week after he quit Accra-based Angel FM after being suspended for repeatedly criticizing Akufo-Addo.

Captain Smart has also made numerous headlines on the news on Onua TV for his constant bashing of Nana Addo and the NPP administration.

Mr. Hopeson Adorye, the former NPP MP, who disagrees with the outspoken ace broadcaster, has alleged that there are plans in the works to expel Captain Smart from Onua TV and FM.

Even though Captain Smart has openly said that he is a big NPP supporter, he continues to criticize the government.

The controversial presenter is the type of person who is always looking for ways to criticize the government and its officials in order to keep them on their toes.

It has been reported that Captain Smart, a popular and clever TV, and radio personality, will be fired from Onua TV and Onua FM, according to Mr. Hopeson Adorye, the husband of gospel singer, Gifty Osei.

The unlucky defeated NPP parliamentary candidate for the Kpone Kantamanso seat stated this on Net2 TV’s “The Seat” last night.

He outrageously claimed that there were plans in the works to remove Captain Smart from both Onua TV and FM.

He stated that Media General’s executives had sent Captain Smart a warning letter for his unethical behavior on live air.

He went on to say that if Captain Smart did not alter his ways and stop criticizing Nana Addo and the NPP, his contract would be canceled.