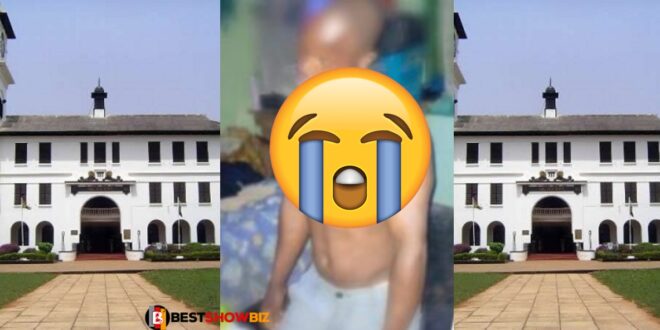 It has been verified by the Accra Regional Police Command that a physics teacher at Achimota Senior High School in Accra has been discovered hanged in his room.

Clifford Nkrumah’s body was discovered hanging from the ceiling on Thursday, September 16, 2021, when he was 48 years old.

It is believed that he committed suicide by hanging himself. An investigation into the issue has been initiated by the police.

For the first half of this year, according to Dr Amma Ampomaa Boadu, Deputy Director of Mental Health at the Ghana Health Service, a total of 417 attempted suicide cases had been documented in Ghana, according to recent statistics.

The Ashanti Region had the highest number of cases with 61, followed by the Eastern Region with 60.

The Upper East, according to Dr Boadu, came in third with 47 instances, while Greater Accra and the Central regions each had 37 cases. Dr. Boadu was speaking to the media during a mental health literacy training workshop organized by the Mental Health Authority for select journalists in Kumasi.

As of this writing, Dr. Boadu reports that the Volta area has recorded 35 instances, Oti has documented 22 cases, Bono East has reported 21 cases, and Western North has registered 17. The Bono, North East, and Upper West areas each had 16 instances, according to the data.

Read Also  Luxury cars that lined up at Dr. Pounds wedding over the weekends (video)