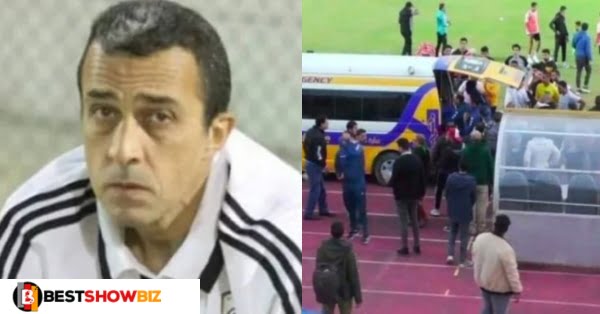 An Egyptian second division manager died after suffering a heart attack while celebrating his team’s last-minute victory. He was in his forties.

El-Magd SC defeated El-Zarqa 1-0 at home on Thursday, December 2, in a match that was broadcast live on ESPN.

As they moved up to seventh place in the table with 14 points, they were applauded by wild celebrations.

While all of the excitement and drama was going on, coach Adham El-Selhadar fainted on the sidelines, prompting players and coaches to rush over to see what had occurred.

Read Also  Despite her Jail issues: Lilwin Features Akuapem Poloo in New series - Photos of Behind the scene pops up

The medics treated him on the scene before transporting him to the hospital, where he was later confirmed to be dead.

El-Selhadar was a professional player in the 1990s, winning the Egyptian Premier League and the Egypt Cup before transitioning to the coaching profession.