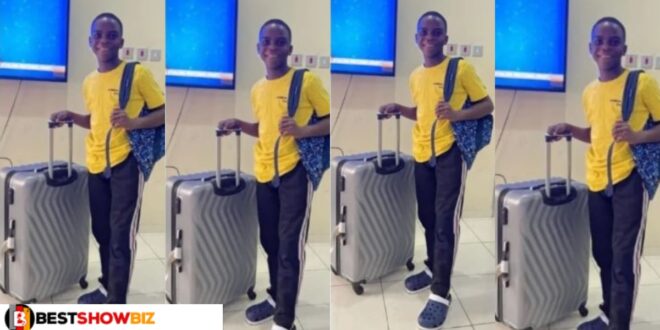 Sad news: A 12-year-old boy killed because he refused to join a cult.

Sylvester Oromoni Junior, a 12-year-old boy who attends Dowen College in Lekki Phase One, Nigeria, was murdered by his classmates after refusing to join a cult.

According to accounts, after being introduced to the cult by his classmates, the young boy declined to join on the grounds that he had not been trained to join any satanic organization.

The young boy’s friends were alleged to have assaulted him, causing internal bleeding, because they couldn’t comprehend why the young man could turn down their offer.

The young child who was transported to the hospital by school officials called the boy’s parents and claimed that he felt sick during a football game, but the boy before passing revealed the truth.

According to the relative, before his death, Sylvester told his parents about how some of his friends persuaded him to join a cult.

Sylvester stated that cult members threatened to kill him if he reported them, but the young champ provided the names of five of his friends before passing away.