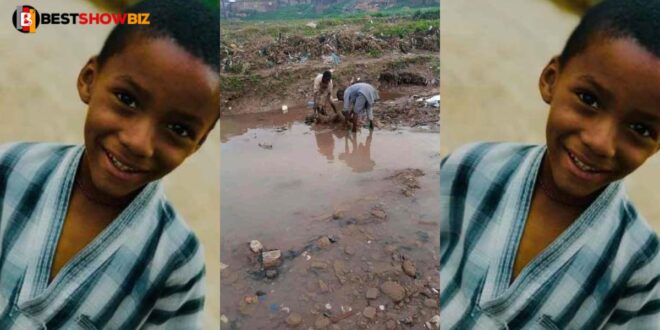 The world has arrived to a point when crime has become the norm. Every day, we hear and see stories of innocent lives being sacrificed in this manner.

In recent years, there has been an increase in killings in this corner of Africa, making people fearful for their lives.

A 7-year-old child named Abdul Ahad Nasiru was found dead with his throat slit a day after he was reported missing, according to another heartbreaking story

On Friday morning, September 24, the body of a young child with his throat slashed was discovered at Rimi River in Angwan Rogo, Nigeria.

Read Also  Fire burns on the sea in Nigeria as People having fun on the beach could not believe their eyes.

The youngster was last seen around 2 p.m. on Thursday, September 23, when he returned from an errand and went out again, according to Bello Lukman of Unity Fm 93.3 Jos.