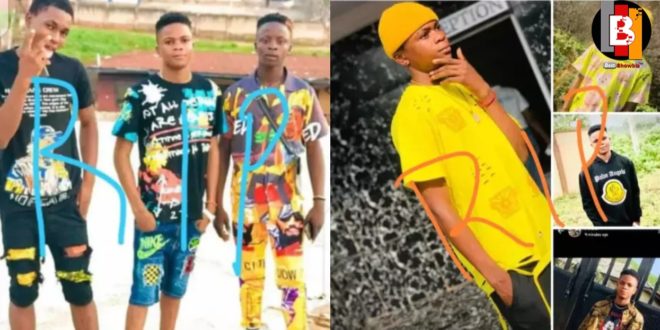 Some section of social media has been set in a state of shock following news of the sudden death of 3 young boys who were murdered by their friend.

These boys who are Nigerians got murdered by their friend who poisoned them over an amount of N1,000 they refused to pay him.

According to reports on this sad news, they all did an online business and it was a success. They agreed to share the money equally but the 3 guys fraud their friend.

After poising them to death, he withdrew all the money the guys had in their accounts and also took along their phones. He was finally Caught in his attempt to flee the town.

He confessed to having Commited the crimes and blamed the devil for his cruel actions.

See photos of the boys and reactions below: