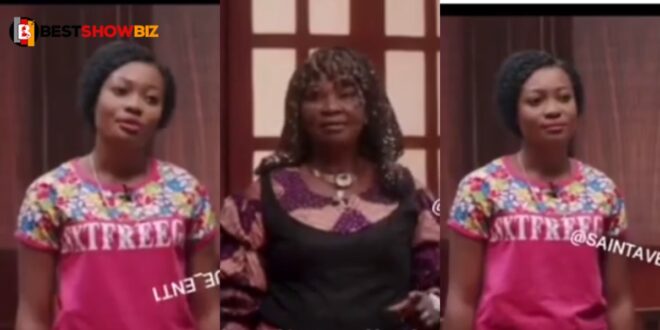 (Sad): Lady drags her grandmother to court for failing to pay the money she borrowed

Chisom Chukwunyere, a Nigerian woman, has dragged her grandma to Judging Matters, a reality television show in which family disagreements are resolved in open court.

During a conversation with the lady, she confessed that her grandmother had borrowed money from her in January but refused to repay it when she asked for it.

Originally, she had been living with her grandma since she was a one-year-old infant.

Chisom was questioned by Ebuka Obi-Uchendu, a media celebrity who also happens to be the General Counsel on the show, about why she reported her grandmother to the judge. Chisom stated that her grandmother had originally promised to refund the money in June, but that she had reneged on her word.

The grandma, for her part, defended herself by stating that she takes care of her granddaughter by feeding her, dressing her, and providing her with other basic necessities and that she does not understand why she has been taken to court simply because she borrowed money from her.