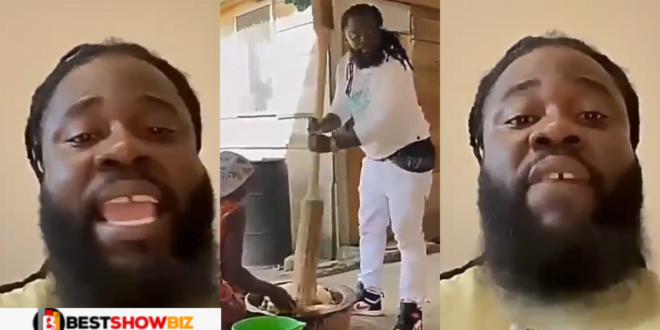 Grey was a member of the disbanded Mobile Boys group, which reached the grand finale of the first season of the Nescafe African Revelation reality show in 2005, which was won by eventual winners Praye.

Kochoko, Nkonya, and Grey were the members of Mobile Boys.

Despite their enormous potential, the group never had a fruitful career, and as seen in this video, Gray now pounds fufu to keep body and spirit together.

Perhaps it’s a fallacy or gimmick he used to make himself popular as he prepares to release a new song.