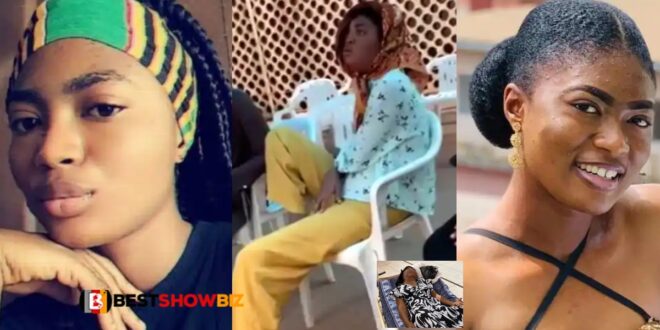 Beautiful Ghanaian lady, Anita Amponsah, said to be a 22-year-old who contracted cancer just after graduating from senior high school, has sadly died.

A former classmate of Anita’s identified on Facebook as Rosa Linda, who has been in regular communication with Anita’s family, announced the sad news in a post.

An advertisement seeking financial assistance for Anita to undergo a medical operation estimated to cost GHc 30,000 was trending on the internet for a while now until her ultimate death.

The former student of Aggrey Memorial SHS in Cape Coast required immediate treatment for cancer and other related issues.

Anita’s nose and throat were found to be closed during a scan, and they needed to be opened before the cancer therapy could begin.

The surgery was successful, but the sad story behind it is that Anita didn’t make it.

May her soul rest in peace.