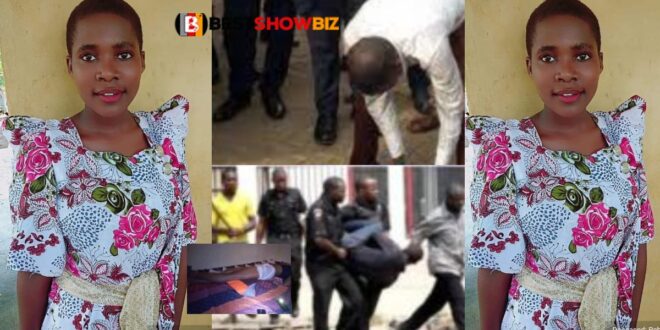 According to recent information obtained by Bestshowbiz.com, a 16-year-old SHS girl named Rebecca Nakigwe was discovered dead in her boyfriend’s home.

On Thursday evening, residents of Lwadda A in Matugga village were shocked to discover one of their own, a 16-year-old girl, dead in her lover’s house.

Rebecca Nakigwe, a 16-year-old SHS 3 student at Nakaseke SDA Secondary School, was discovered lifeless at the residence of her lover, a truck driver named Alex Kibuuka.

Ms. Lydia Nabakooza, the deceased’s sister, claims that her sister awoke well and went about her business before departing to see her boyfriend, only to learn later in the day that she had died.

Read Also  My Husband Was Not Sick, He Was Just Sitting In A Chair And Looked Peaceful TB Joshua's wife tells how he died

Mr. Wasswa Emmanuel, one of the area’s leaders, advised parents to keep watch over their children and students to stay at home during these trying times rather than wander aimlessly.

By the time of publication, the main suspect, Kibuuka, the boyfriend, had surrendered to the local police and been taken into jail, with the authorities yet to make a statement.