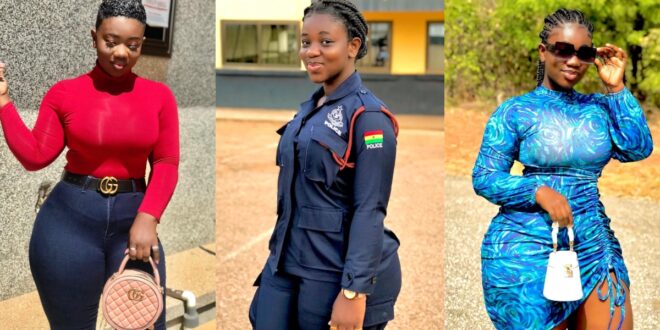 Ama Serwaa has made a name for herself as the sexiest police officer in Ghana at the moment.

She became famous last year after pictures of herself slaying in her uniform went viral onlie.

Now she has become an instant star, with most people following her because of how she mixed fashion with her prestigious work.

She has recently released mouth watering pictures of herself recently to wow her fans.