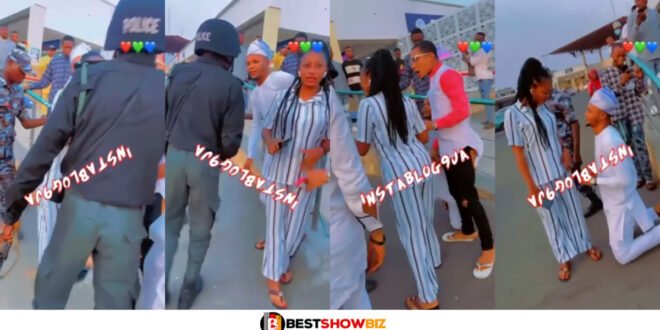 A guy has reinvented the marriage proposal by employing armed police officers to perform a brief skit in order to pull off the “will you marry me” rite and the anticipatory “YES.”

. As seen in the street scenario, the young man, who was wonderfully dressed in anticipation of what he was about to do, was seen disputing with the cops beside his girlfriend.

The lady, who had no idea her boyfriend was the mastermind behind the bogus melee, was attempting to calm down the cops when they told him to go on his knees, which he dutifully did.

While the lady was still pleading with the security officials, the young man gradually removed his ring.