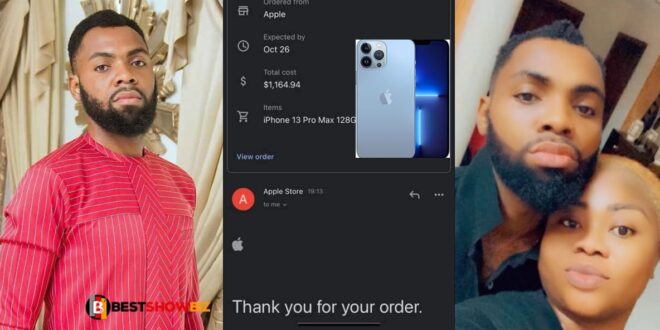 Reverend Obofour to be the first Ghanaian to buy latest iPhone 13? – Screenshots

New photos of an iPhone 13 orders have been tagged with popular Man of God Reverend Francis Antwi, also known as Reverend Obofour.

As per reports, he is the first Ghanaian to purchase the phone.

According to local media reports, Reverend Obofour has placed an order for an iPhone 13, which is expected to arrive in October 19.

The photo as we sighted undoubtedly shows that the order was placed and recognized.

There is a processing section that indicates that his order is on its way to him. “We have received your payment,” reads a message.

The phone’s specifications are shown in the following image. It is expected that he will get it on October 26.

Reverend Obofour is well-known for his love of luxury items such as cars and other items, so it is not surprising that his name has been associated with the latest version of the iPhone.