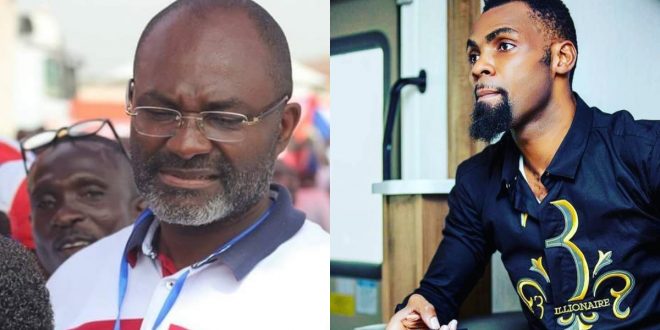 The MP for Assin Central Hon. Kennedy Agyapong has disclosed that Reverend Obofour of Anointed Palace Chaple is a very wise man.

Kennedy in an interview on Asempa FM disclosed why he will never go after Reverend Obofour as he did to Bishop Obinim.

the MP in the interview revealed that he will stay clean with Reverend Obofour because he sees him as a wise man.

according to Kennedy Akyapong, Obofour is very wise because he set a trap for Obofour so he speaks against him but Obofour never authored a word.

Kennedy also stated that when he first met Obofour at a funeral, he did all he can for Obofur to speak against him but he didn’t succeed and hence he sees Obofour as a very wise person.