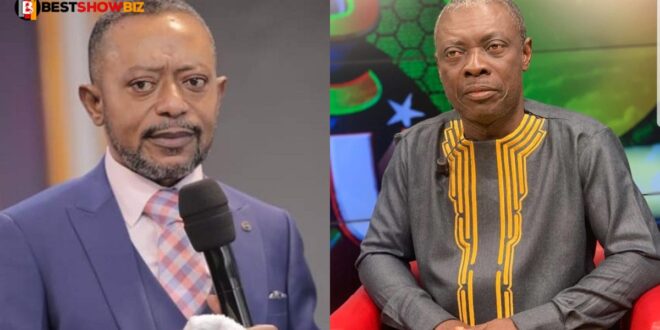 Christian Andrews, alias Osofo Kyiri Abosom, the leader and founder of the Life Assembly Worship Center and politician, has criticized Reverend Owusu Bempah for his attacks on Nana Agradaa and a video of him instructing his people how to get away with a crime.

He also referred to him as a “fake man of God” because of his involvement in the latest arrest.

Kyiri Abosom voiced his disgust in Owusu Bempah for the act of illegality he and his junior pastors displayed in an interview on Nyankonton Mu Nsem on Rainbow Radio 87.5Fm.

However, Glorious Word Power Ministries International has issued a formal statement on Owusu Bempah’s involvement in the fight that resulted in his arrest.

“…The church confirms that there was an altercation outside of the church premises on Sunday 12th September 2021 that got one of our junior pastors manhandled and arrested by some unidentified men. The manner of the arrest generated a scuffle that attracted people in the neighborhood and the church to the scene. “

The statement also says: “The gunshots by the then unidentified men and the call for help from the neighborhood caught the attention of Apostle Dr. Isaac Owusu-Bempah who halted his ministration at the church and moved out to the scene to get details of what was happening.”

Read Also  Meet Pastor BB Frederick, one of the richest pastors in Ghana, see his cars and mansions

“Upon being informed that one of his junior pastors had been arrested, he followed up to the Dansoman Police Station and was later informed that he (the junior pastor) had been taken to the Greater Accra Regional Police Command, where Apostle Dr. Isaac Owusu-Bempah proceeded to.”