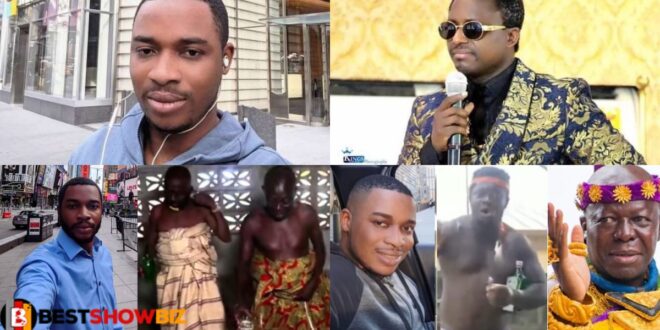 Rev. Ebenezer Adarkwa Yiadom, the founder and leader of Ebenezer Miracle Worship Centre, has weighed in on the controversy surrounding Twene Jonas’ criticism of people involved in illegal small-scale mining (Galamsey) in Ghana.

After blasting Ghanaian politicians and traditional Chiefs, including the famed Asantehene, Otumfuo Osei Tutu II, for hiding foreigners while they ruin water bodies, the US-based Ghanaian came under criticism.

An enraged guy was seen on film cursing Jonas for disrespecting the monarch, amid demand for him to apologize to the Asantehene for his offensive words.

Rev. Ebenezer Adarkwa Yiadom, also known as Obampour, has responded by claiming that the curses will not work.

The curses can only be invoked on Otumfuo Osei Tutu II’s behalf if he agrees or allows someone permission to do so on his behalf, according to the “nation’s prophet.”

According to him, the individual seen in the viral video took action against Jonas out of love for the Asante Kingdom and not because of the traditional leader’s approval, hence it will not work.