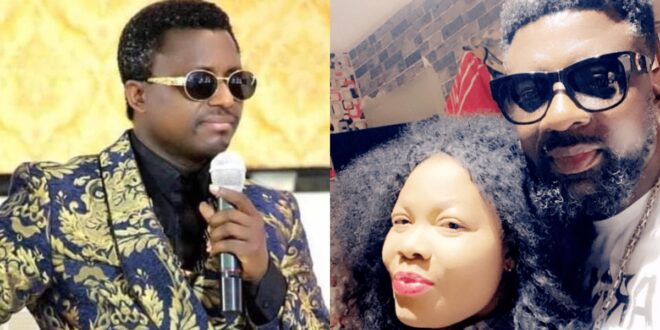 Rev Opambour insults the husband of Agradaa after she was arrested again,

Rev Opambour, an outspoken Ghanaian prophet known for his crazy insults and no-nonsense demeanor, has harshly descended on Nana Agradaa’s husband in the aftermath of the fetish priestess arrest.

Nana Agradaa’s husband, according to the Kumasi-based cleric who has spent near to three decades in the gospel ministry, is a fool and a weakling.

Rev Opambour went on to call him an empty-headed, feeble phony man of God who can not compete for the lesser gods with whom his wife deals.

Rev Opambour expressed his disappointment in the man of the house for failing to tell his wife to avoid fo0ling on the internet when setting down his submissions on Nana Agradaa’s arrest saga.