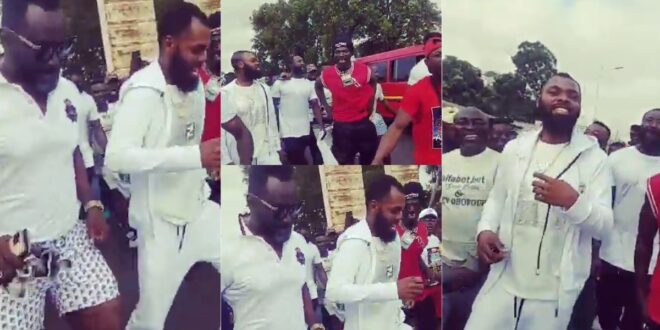 Rev Obofour can be named as the richest pastor in Ghana right now and he is not afraid to show his wealth everywhere he goes.

He owns some of the most expensive cars in the world and has given out numerous cars to his followers and celebrities.

A video of him walking on the streets of Ashtown with a huge crowd following him.

From the videos, it could be seen that he was heavily gaurded as he made his way through the streets.

Obofour also did some jogging to prove how active and strong he is, people cheered him on as he did all this.

watch the interesting video below.