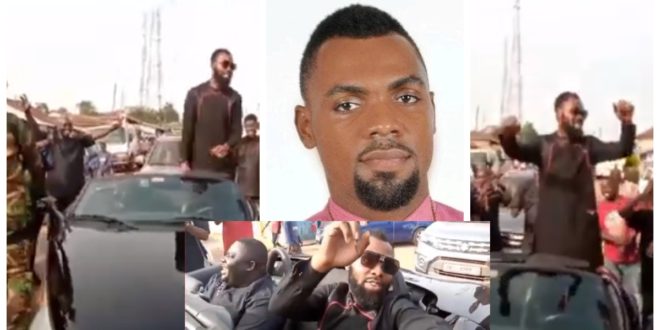 Renowned man of God popularly known as Rev. Obofour of Anointed palace chapel has once again flaunted some wealth as he visited Akorkerri.

Obofour who was in the town to pay his last respect to his late father in law, showed up with his fleet of expensive cars as he is noted for.

He moved to and from on the streets of the town, showing off his luxury cars whiles being guarded by tight security – including some giant military men.

The APC founder has since become the talk of the Akorkerri town after putting on display alittle bit of his riches.