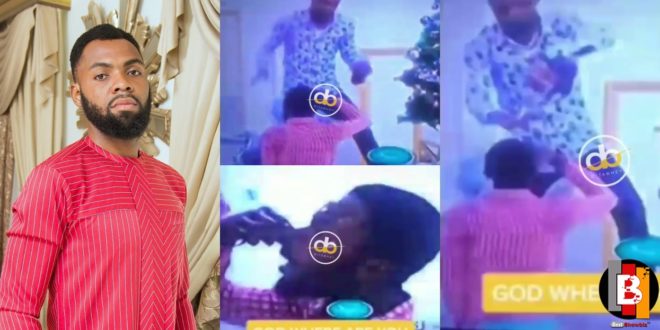 The founder and leader of Anointed Palace Chapel, Rev. Obofour has been spotted washing his face on a church member’s face on live TV.

these people who call themselves men of God are going the extra mile of doing weird things to church members all in the name of praying for them.

how could one wash his face on his fellow’s faces all to purify him of what? things are finally getting out of hand and people need to wake up.

Obofour in the video as we sighted after washing his face, used a white towel to clean up his face and body and then referred that same towel to clean the face of the guy he washed his face on.

its so shocking and media users have rected on the video, watch below;