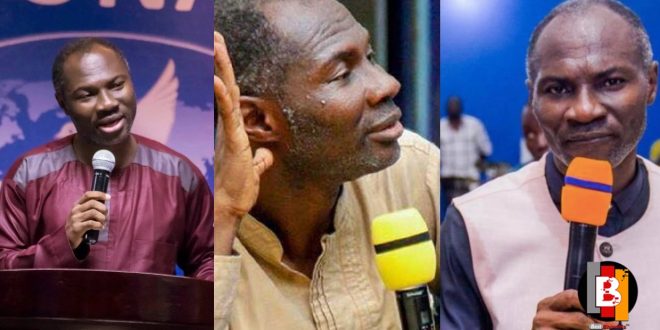 After incorrectly forecasting the Euro 2020 finals, Prophet Emmanuel Badu Kobi has thoroughly embarrassed himself and lost any remaining credibility.

The so-called prophet of God incorrectly foretold the Euro 2020 final, which took place yesterday night in England between host countries England and Italy.

During his Sunday sermon, Badu Kobi stated that God had instructed him that England will win the trophy.

After the game, a video of his prophecy went viral, and Italy went on to win the trophy.

“Today, England will beat Italy,” Badu Kobi predicted. I have stated it before and I will say it again. That is what a prophet does. You continue to articulate what God is saying,”

Unfortunately for the con artist, Italy won the championship on penalties following a 1-1 draw in regulation time.

Meanwhile, Badu Kobi has been humiliated for the second time in less than 24 hours.

This same man came out before the Copa America final to say that God had instructed him that Brazil will win the tournament and defeat Argentina.

He explained that he was expressing it ahead of time so that people would know he was serious.