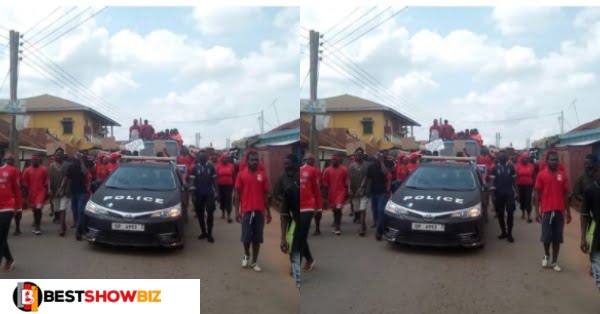 Residents in Krobo refuse to take C()V!D-19 Vaccine Because They Fear It Will Make Them Vote For NPP

COVID-19 vaccination has had a low turnout in the Lower Manya Krobo District due to public misconceptions about the vaccine.

Despite the District Health Directorate’s estimate of fifty thousand one hundred and four (50,104) persons being fully vaccinated at the start of the vaccination campaign, just 282 people have been fully vaccinated in the district with less than a month till the end of 2021.

About 820 people who received the first jab have not yet received the second jab, which is required to be declared fully vaccinated.

The low attendance could be related to citizens’ misconceptions, according to Esther Dua Oyinka, the District Health Director.

She stated that there is a misunderstanding that the ruling government intends to utilize the Covid vaccination to persuade residents in the district to vote for the NPP in the 2024 election and subsequent elections.

“Some rumors claim that if a man gets the vaccine, he would become impotent, which is untrue.

Some even claim that the government has placed certain measures in place to compensate for the vaccine that was given to them in order to persuade people to vote for the incumbent party.” She wailed.

Read Also  "My mother is not dead, Auntie Marie has been in Greece since I was 9"-Black sherif
Share