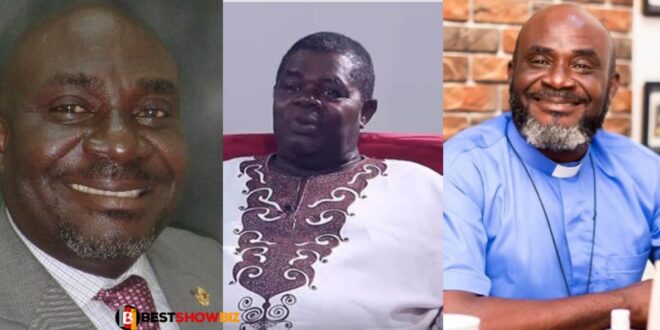 Nii Saka Brown, a Ghanaian actor, has criticized Psalm Adjeteyfio, a senior colleague, for having a failing life.

The actor criticized the Taxi Driver star for renting at the age of 64 on XYZ Tv.

Psalm Adjeteyfio lived a failed life, according to Nii Saka Brown, and no one but himself should be responsible.

Veteran actors like Grace Nortey and Rama Brew aren’t begging to survive, according to Nii Saka Brown, so why should Psalm Adjeteyfio?

Psalm Adjeteyfio should have learned and lived a good life from the experiences of the early actors, as Nii Saka Brown disclosed that he owns two mansions because he learned from the faults of individuals he met in performing.