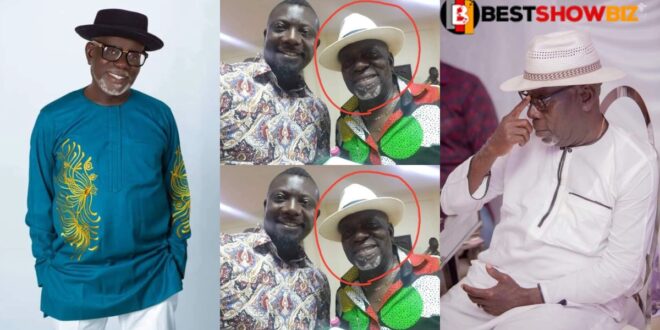 Mr. Fred Nii Amugi, the attractive man standing alongside Bill Asamoah, is a well-known Kumawood actor who began his acting career in the 1980s.

Mr. Fred Nii Amugi is a seasoned actor best known for his performances in Holby City, Beasts of No Nation, and The Cursed Ones. He was born in Ghana.

Mr. Fred Amugi began his acting career in the 1980s and has contributed significantly to the Kumawood film industry.

Mr. Fred Amugi is well-liked by his followers for his bravery and strictness in the performing world.