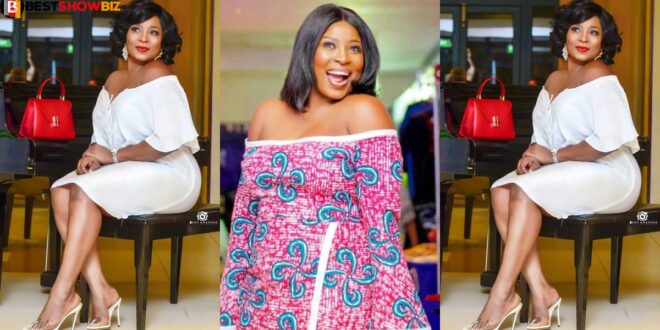 Following Moesha Boduong’s viral problem, actress Gloria Sarfo has made a modest request to her Ghanaian fans and admirers to remember her in their prayers.

Gloria asked her followers to pray for their heroes in a message seen by Bestshowbiz.com on her official Instagram profile.

According to her, celebrity status does not change the fact that celebrities are human beings with problems just like everyone else.

She claimed that being a celebrity was like living in a fast lane because you may be a star one minute and then be at your lowest point the next.

Gloria Sarfo tweeted a snapshot of herself wearing a white gown and smiling as she sat behind a grand piano.

“One minute you’re a star
And the next minute, you feel like you failed at some life exams

But above all,,,we were created by the same God;
Who never fails or lies,,,
And What He cannot do, does not exist🙏🏻

When you say A PRAYER,,,
Say one for us too”