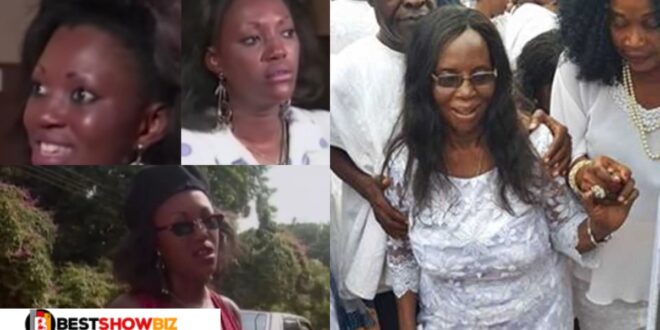 Today is Throwback Thursday, and we are highlighting a veteran actress who has been absent from our screens for quite some time.

Sheila Nortey, who was admired for her beauty, is one of Ghana’s many thespians who have graced our screens over the years.

Her mother, legendary actress Grace Nortey, and her sister, late Wendy Nortey, who was also an actress among Auntie Grace’s five daughters, come from an acting family.

She was particularly well-known for her bad girl roles in films, which she excelled at. She starred alongside Eunice Banini and Fred Amugi in “The Other Side Of The Rich” Ernest Abbeyquaye directed both films, which she co-starred in with her mother Grace Nortey, Kwami Sefa Kayi, Mawuli Semevor, and Priscilla Addison. She appeared in a number of films, including this one.

Here’s to remembering and honoring Sheila Nortey for her contributions to Ghanaian cinema.