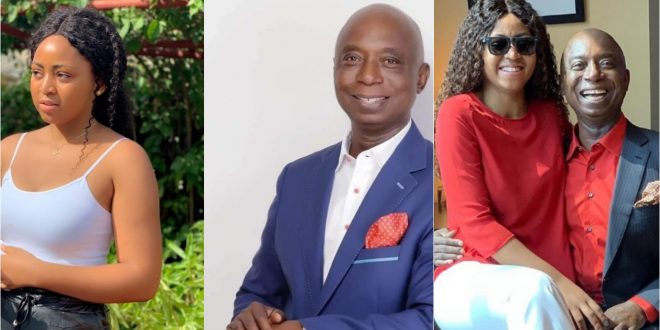 Regina Daniels Reveals The Reason Why She Married Ned Nwoko

Young Nigerian actress Regina Daniels has finally opened up on her reason for deciding to spend the rest of her life with Ned Nwoko a 59-year-old man despite the age difference of about 40.

Their marriage sparked a lot of controversies after many accused the mother of Regina Daniels, Rita Daniels of allowing her teenage daughter to marry an old man because of money.

Well, Regina has come out to refute claims that she is in the marriage because of money. She revealed that she is a stubborn type and doesn’t see her self marrying a man her age and that Ned is the perfect one for her, the reason why she got into the marriage.

“I don’t think I could have married someone of my age because I am quite stubborn, very stubborn, my head is not down but with my husband that is not the case because I respect him a lot,” said Regina Daniels.

The couples have been married for a while now and are even expecting a child.