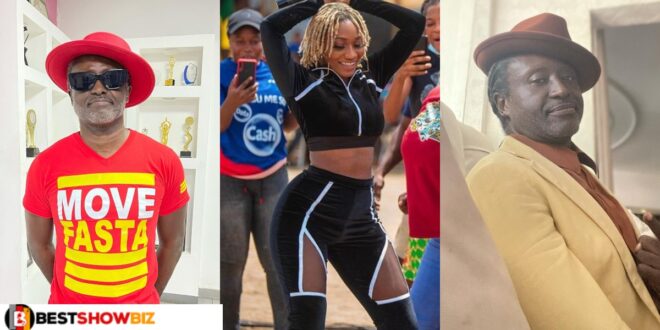 Reggie Rockstone has taken to Instagram to respond angrily to a social media comment claiming that Wendy Shay will be raped soon.

Bondapato, a man, decided to leave the comment ‘rape awaits you’ under a video Wendy Shay shared on her timeline a few days ago.

Wendy Shay was dancing in skimpy shorts and a cropped top as she prepared to take her night shower in the video that saw the guy write this rather inhumane comment.

Reggie Rockstone, who was irritated by the guy’s remark, called him out and referred to him as a monster. He also inquired whether what the man said warranted his arrest and whether this remark could be construed as a threat.

A portion of his caption for the video he shared reads as follows:

THIS IS THE KINDA SHIT WE SHOULD NOT LET SLIDE YALL!! NOT COOL!! I DARE ANYONE TO COME WRITE SUM BABOON SHIT ABOUT “but she is half naked” FUNK U!!!…’

See the video he posted below: