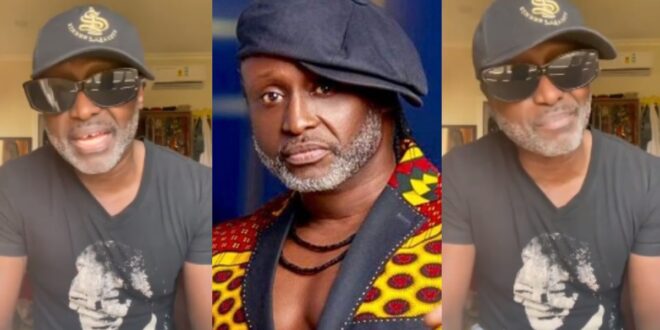 The legendary Reggie Rockstone has taken to social media to beg Ghanaians for money.

In the style of Davido, the self-proclaimed Grandpapa of hip-hop took to social media to beg for money.

Reggie stated that he only wants GHC 380 from every Ghanaian who admires him and his music.

He also requested that his industry colleagues send him some of their money.

Reggie Rockstone tried a different path to his begging by revealing that he is selling a product that you will receive in exchange for giving him your money.

As he displayed his new product outside, the ‘Waakye’ seller appeared to be branching out into men’s grooming.

It is a box of men’s grooming products that he suggested women purchase as gifts for their loved ones this holiday season.

Reggie stated that, unlike Davido, he is not begging for free money, but rather money in exchange for his product.

He stated that he does not want to grow old and be forced to beg for money like some other artists.