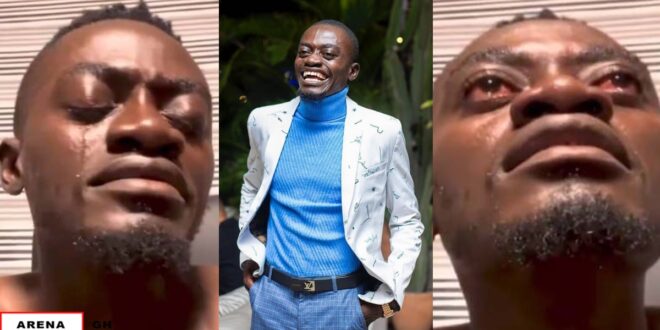 Ogyam Barima, a renowned Kumawood actor, has said that his colleague Kwadwo Nkansah, also known as Lilwin, is not mature enough, despite his celebrity, allowing women to take advantage of him.

Ladies, according to Ogyam Barima, take Kwadwo Nkansah for granted since he loves them stupidly when in a relationship.

Ogyam Barima claimed popularity has eclipsed his colleague Kwadwo Nkansah Lilwin’s rationale in an exclusive conversation with Pure FM’s Osei Kwadwo, which was monitored by MyNewsGh.com.

“Lilwin is my friend, and I admire him greatly,” Ogyam added, “but he should listen to advice because just because he is popular does not mean he is above advice.”

“All three ladies Lilwin dated cheated on him,” Ogyam Barima revealed, “and I am surprised he has not learned something from how to love and help the ladies he dates.”

“I saw a video of my brother Lilwin crying like a baby after his girlfriend Sandra Ababio said something negative about him. Though I was heartbroken when I viewed the video, I do not feel sorry for him since he deserves Sandra Ababio’s treatment.”

“We warned Lilwin about that woman, and he fought anyone who mentioned Sandra Ababio, but now he is looking for us to hand over our stone. Lilwin should sit down and give himself counsel because he has to mature or he would regret it,” Ogyam observed.