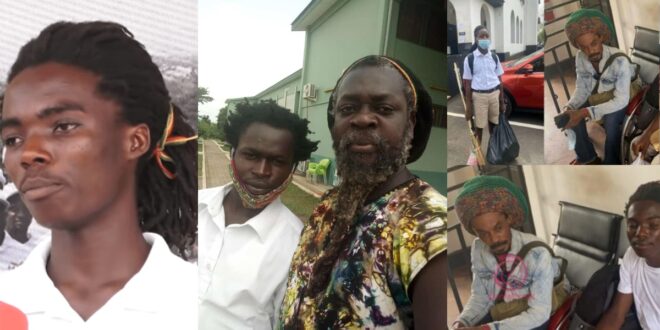 Following the controversy over Achimota School’s decision not to admit two Rastafarians and all the drama that has followed, the President of the National Association of Graduate Teachers (NAGRAT), Angel Carbonou, has urged Rastafarians to create their own colleges.

Mr Angel Carbonou said, “I don’t even know why the Rastafarians don’t have their own schools, because they’ve been in this country [Ghana] for a very long time.”

In response to the Achimota Senior High School’s decision not to admit two Rastafarian first-year students on campus unless they cut their hair, he said at a press conference in Accra on Monday [March 22, 2021].

Mr Carbonou said at the press conference that Achimota School did not hesitate to admit the boys, but only explained the school’s rules and regulations to the parents and students.

“The Ga Wulomei will not wear shoes when he is in his white calico, true or not true?

“The Ga Wulumei and the Huno in the Volta Region, the Okomfoo in Ashanti Region, they dress in a particular way is that not so?

“If all these people come to a school and want to manifest their religions what are we going to do?