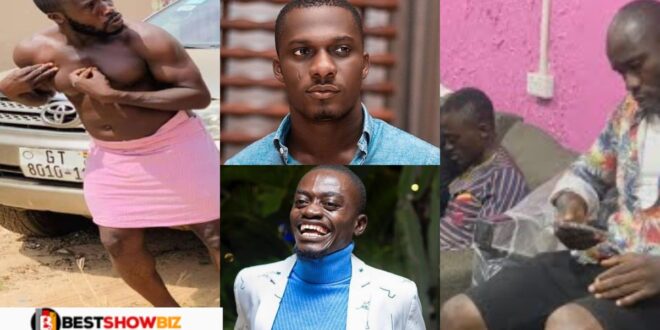 The internet sensation for his skits confronted Zion Felix for attempting to create a feud between him and LilWin.

Ras Nene, also known as Dr. Likee, pounced on Zion Felix and nearly slapped him while on a film set in Kumasi.

He accused him of attempting to cause a disunity between him and Kwadwo Nkansah LilWin through his interview and captions.

Dr. Likee, as we all know, has no problem with another actor, so he finds Zion Felix’s interview line with Lil Win and his comparison awkward.

Since that interview went viral on social media, the impression has been created that LilWin and Dr. Likee are feuding, which was exacerbated by Big Akwes, who advised Dr. Likee to be cautious of LilWin because he kills the careers of his rivals.